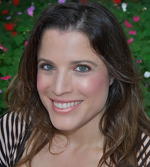 Danielle Gaines is the president and founder of Reconnecting The Circle, a non-profit aiming to “build a stronger, more resilient America with the help of Native American values.”

I used the Message House method to redefine Reconnecting The Circle’s messaging across the board, including the vision and mission statements. I was at a point where I was struggling with my elevator pitch. People would ask me, “what is Reconnecting The Circle about”? and I would stumble through the vision and mission and people couldn’t get a clear understanding of what we were all about.

The Message House process helped me refocus and revisit my original intention behind Reconnecting The Circle — the reason I started the organization in the first place. It helped me realize that our effort was really about values. And in our case, Native American values.

Before Message House, I would often talk about reducing the suicide risk amongst Native American youth, as if that was a core message. But working through the Message House framework, I realized that reducing the suicide risk was obviously important, but an indirect benefit of our programs. Also, it was not my goal to create the perception that we were running a suicide prevention hotline, because we were not.

Image: Courtesy of Reconnecting the Circle.

So I took that message out of the equation. Instead, I began talking about raising the self-esteem of Native youth by helping them look at their own values and the values of society at large.

One such value, for instance, is mutualism. Mutualism usually is defined more in terms of interspecies cooperation, but within Native American cultures, mutualism is very much a value because they strive for consensus for the good of the tribe. Mutualism then becomes very important, because even if people have different viewpoints, they will work together to find common threads in order to build unity.

I found the structured Message House approach to generating core messages really helpful. It helped me simplify our messages. Originally, I talked about our mission in terms of encouraging people to learn about Native American people and cultures. But it wasn’t compelling enough. I found the language was limiting.

Now we talk about our driving vision in terms of building a stronger, more resilient America with the help of Native American values.

My confidence level has skyrocketed with this clearer message. Over the summer, I approached a national organization called We R Native. They have funding from the President’s initiative on HIV and AIDS prevention in Indian Country, as well as from Indian Health Services. They are doing really great things for Native American youth. I reached out to them to see if they would be interested in producing a joint eBook on Native American values with Reconnecting The Circle. We got an immediate ‘yes’.

I find the Message House method helps with my own personal branding, as well. Whatever I have to convey, it’s a very easy and straightforward process to follow. Afterwards, it’s simply a matter of memorizing the messages.

My recommendation to others: As you use the method and develop your messages, it’s always good to get feedback from others. It’s really powerful to work in a team of at least four people to flesh out the messaging. Within a matter of a few hours, you can have all of your messaging complete.

I want to also emphasize that it’s okay if things aren’t perfect. Get your message out there and evolve it over time. It doesn’t have to be perfect for launch.