Digital Charlotte is a digital literacy effort launched in conjunction with the nationwide EveryoneOn campaign. Note how the Big Picture Message evokes the well-being of future generations (goosebumps!!!). The Critics Message makes the case for why digital literacy training is needed. The Utility Message explains what residents stand to gain immediately. 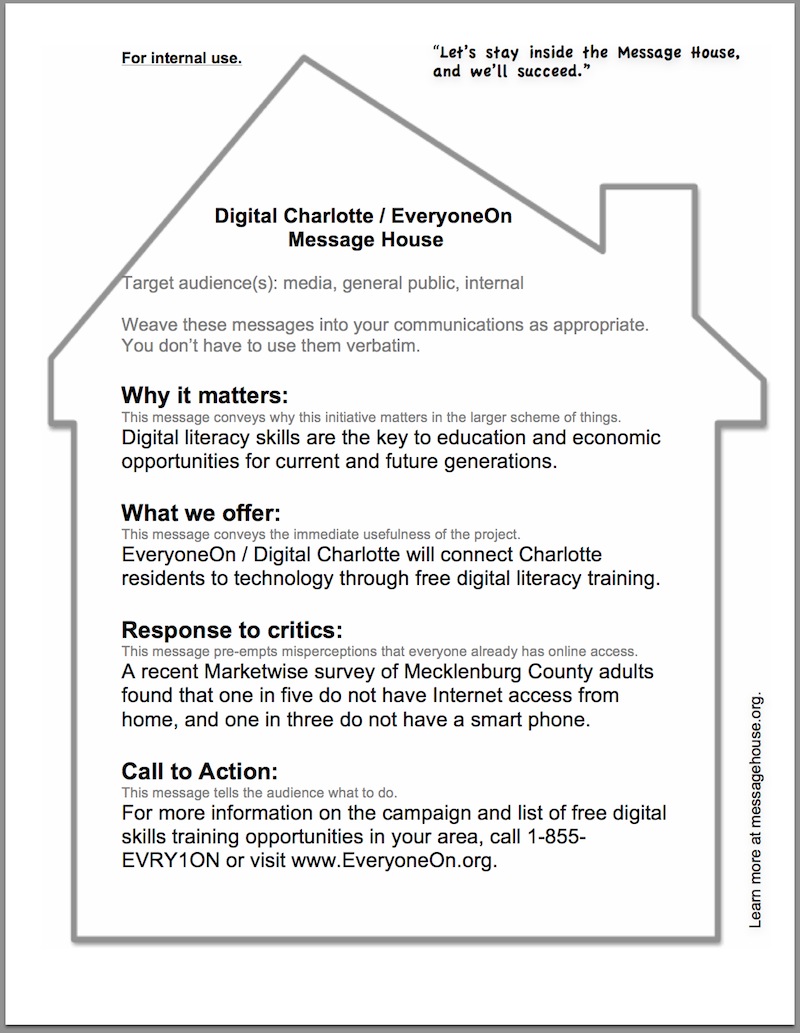 Below is an example of a message house for an entire institution. Note that the critics message deals with the possible criticism that the aspiration stated in the Big Picture message (a thriving democracy) might be too big to make a dent. Trying to pick projects with systemic (transformational) impact (as stated in the critics message) addresses this. Conceivably, a critics message in such a context could also state the importance of working in partnerships (because that would also make it seem more plausible to move the needle). At any rate, of course, all your messages must always have the additional benefit of being true. (This message house guided Knight’s communications in 2011; messages may have changed.) 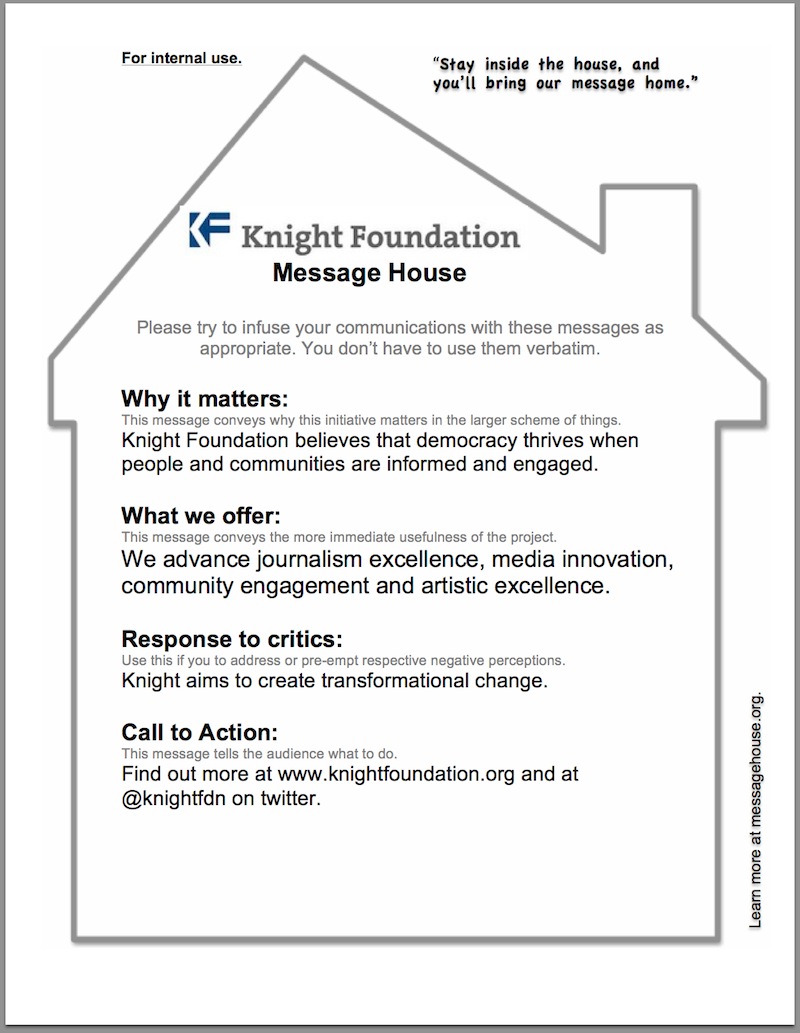 The New Americans Campaign is a coalition of service providers aiming to modernize and streamline the delivery of naturalization assistance to legal permanent residents (also known as greencard holders). Note that the Big Picture Message conveys that naturalization is good for the country as a whole, not just for the individuals who become citizens. The Critics Message emphasizes the nonpartisan nature of the project.